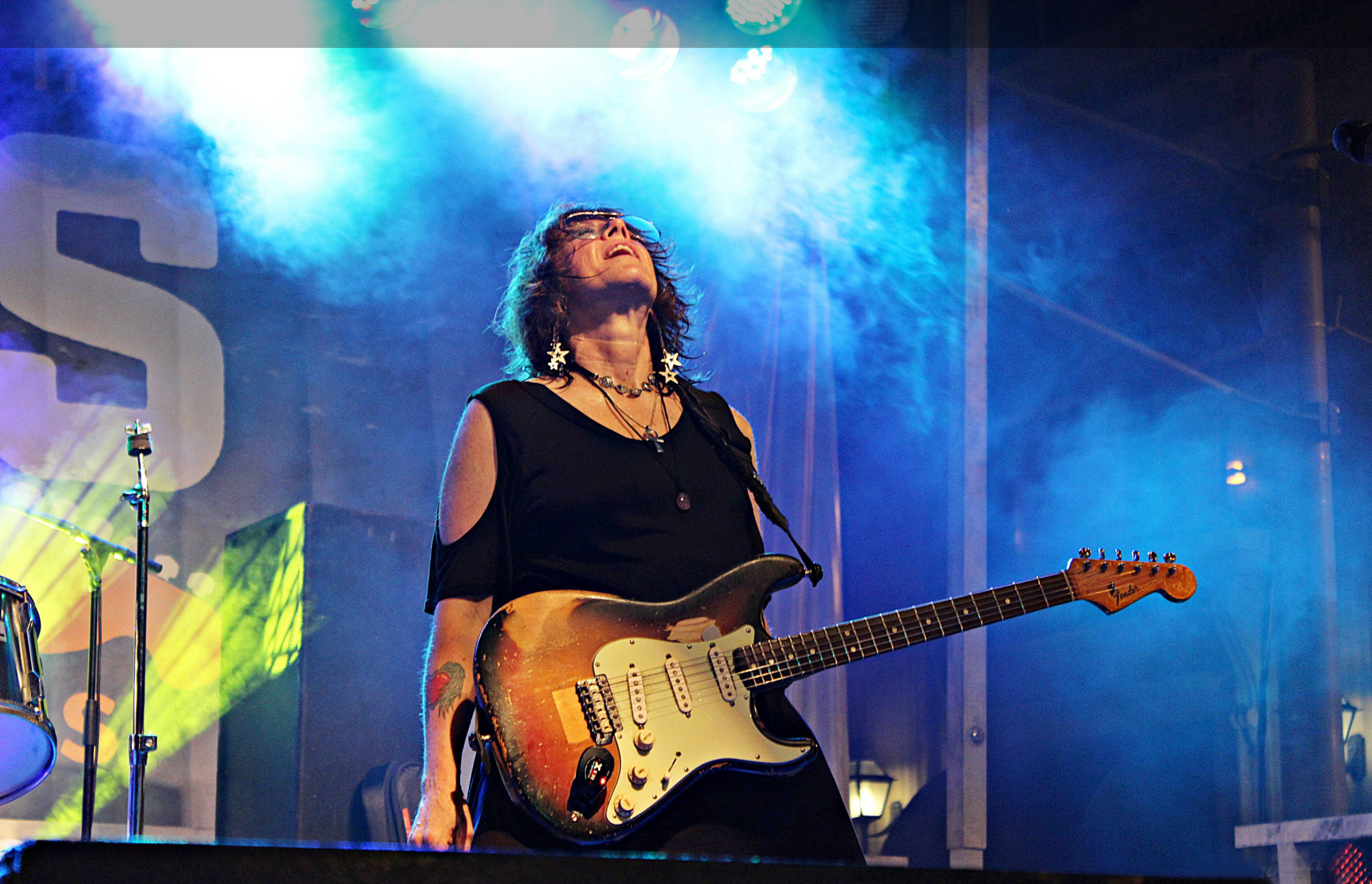 Kelly Richey is one of the hardest-working independent musicians in the music business today. When it comes to touring, this Cincinnati-based blues rocker can truly claim the title “Queen of the Road Warriors.” The veteran guitar-slinger has covered the USA, Canada, Europe and Australia in her 30-year career. Fronting her blues/rock power trio, Kelly has played over 4,000 shows, logged a mind-boggling 1 million road miles (and counting) and released 16 albums on her private label, Sweet Lucy Records, earning her reputation as a master guitarist and singer/songwriter. This ain’t no polite, watered-down sound. It’s hardcore blues-rock on steroids, a blistering, in-your-face tour de force.

Born in Lexington, Kentucky but living in Cincinnati since 2000, Kelly Richey started playing guitar at the age of 15. The late Lonnie Mack was so impressed with her hyper-muscular playing and singing that he described her as “Stevie Ray Vaughan trapped in a woman’s body.” Listed among the “top 100 gifted guitarists” by the influential Truefire Community, Kelly frequently draws comparisons to guitar icons from Stevie Ray to Jimi Hendrix. Throughout her career, Richey has shared the stage with legends like Lonnie Mack and Albert King and has opened for Joe Cocker, Lita Ford, Johnny Winter, Edgar Winter, Walter Trout, Little Feat, Foghat, REO Speedwagon, George Thorogood, Average White Band, Robben Ford, Warren Zevon, and James Brown. She also performs as a solo artist, delivering electric blues that incorporates guitar looping and beat creation – or, for a more intimate evening of music and storytelling, stripped-down and earthy blues on her acoustic guitar.

In addition to her reputation as a touring musician and recording artist, Kelly Richey has over 30 years of teaching experience. She is a dedicated guitar instructor who is passionate about inspiring students to learn. Early on, while practicing 12 to 16 hours per day, Kelly began teaching in her hometown, giving one-on-one guitar lessons to students of all ages. As she began to tour, Richey took her teaching with her on the road, giving instruction workshops at schools, universities, and local communities and developing her own guitar instruction manual. With advances in modern technology, she has continued to expand, giving one-on-one lessons via Skype and launching her own online guitar classroom with over 150 instructional videos built on the rock-solid method she has perfected over three decades.