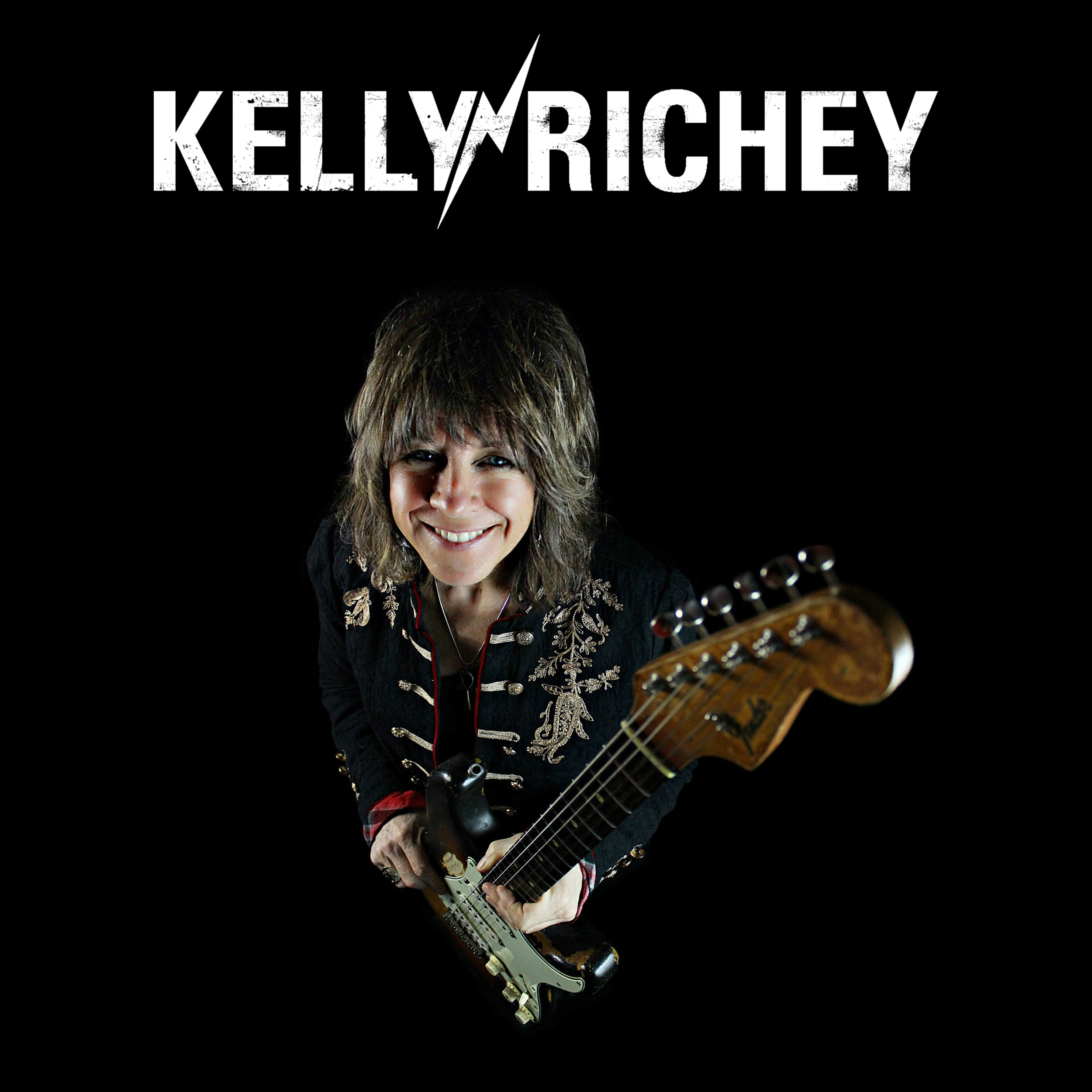 Kelly Richey is one of the hardest-working independent musicians in the music business today. When it comes to touring, this Cincinnati-based blues rocker has been called “Queen of the Road Warriors.” This veteran guitar-slinger has covered the USA, Canada, Europe and Australia in her 30-year career. Fronting her blues/rock power trio, Kelly has played over 4,000 shows, logged a mind-boggling 1 million road miles and released 16 albums on her private label, Sweet Lucy Records, earning her reputation as a master guitarist and singer/songwriter. This ain’t no polite, watered-down sound. It’s hardcore blues-rock on steroids, a blistering, in-your-face tour de force.

Born in Lexington, Kentucky but living in Cincinnati since 2000, Kelly Richey started playing guitar at the age of 15. The late Lonnie Mack was so impressed with her hyper-muscular playing and singing that he described her as “Stevie Ray Vaughan trapped in a woman’s body, with Janis Joplin screaming to get out.” Listed among the “top 100 gifted guitarists” by the influential Truefire Community, Kelly frequently draws comparisons to guitar icons from Stevie Ray to Jimi Hendrix. Throughout her career, Richey has shared the stage with legends like Lonnie Mack and Albert King and has opened for Joe Cocker, Lita Ford, Johnny Winter, Edgar Winter, Walter Trout, Little Feat, Foghat, REO Speedwagon, George Thorogood, Average White Band, Robben Ford, Warren Zevon, and James Brown.

Kelly’s recording career began in 1994, with the release of her first CD titled “Sisters Gotta Problem.”  By 2011, she had released 13 CDs, consisting of 8 studio releases and 5 live CDs with her blues-rock power trio—where her pure tone, raw passion, and absolute love for the guitar are undeniable. In 2013, Funkmaster, Freekbass, joined forces with the Kelly Richey Band.  The band toured extensively throughout the US, Canada, and Australia, and released Sweet Spirit, in 2013, and The Kelly Richey Band Live at the Blue Wisp, in 2015.  In 2016, Kelly was joined by Tobe “Tobotius” Donohue, and Rikk Manning, for the recording of Shakedown Soul, a prophetic CD.  This record is a mixture of blues-based rock, funk-based grooves, and urban/indie electronica; with DJ scratching, drum loops, and screaming guitars.  Richey’s last full-length release leaves no prisoners, and after touring in support of this release, KRB, leaves no trace.

In 2017, Kelly Richey’s vision to develop an all-original female blues-rock power duo was inspired by her love for bands like the White Stripes, The Kills, The Flat Duo Jets and the Black Keys. The Spear Shakers features Kelly Richey on lead guitar and vocals and Sherri McGee on the drums. The raw power, electrifying force, and psychedelic sound of these two stars form a new constellation. Two words can be used to sum up these women: Bad-Ass!  McGee’s blues-rock shamanic-grooves lay the thundering foundation for Richey’s masterful guitar jams delivered with a muscularity that will move your soul and melt your face.

The Spear Shakers are a psychedelic version of the White Stripes, and unbridled extrapolation of the Black Keys, and, if they were a drug, an overdose of Led Zeppelin, Jimi Hendrix, Chrissie Hynde, and Janis Joplin packed tightly into one pill. This blues-rock power duo proves that rock n’ roll is not dead, and the fire they deliver will ignite your soul.

In early 2019, they released 3 music videos and one promotional sizzle reel.  These recording bearing witness that these women warriors are—a force to be reckoned with.

Kelly also performs as a solo artist, delivering electric blues – or, for a more intimate evening of music and storytelling, stripped-down and earthy blues on her acoustic guitar. 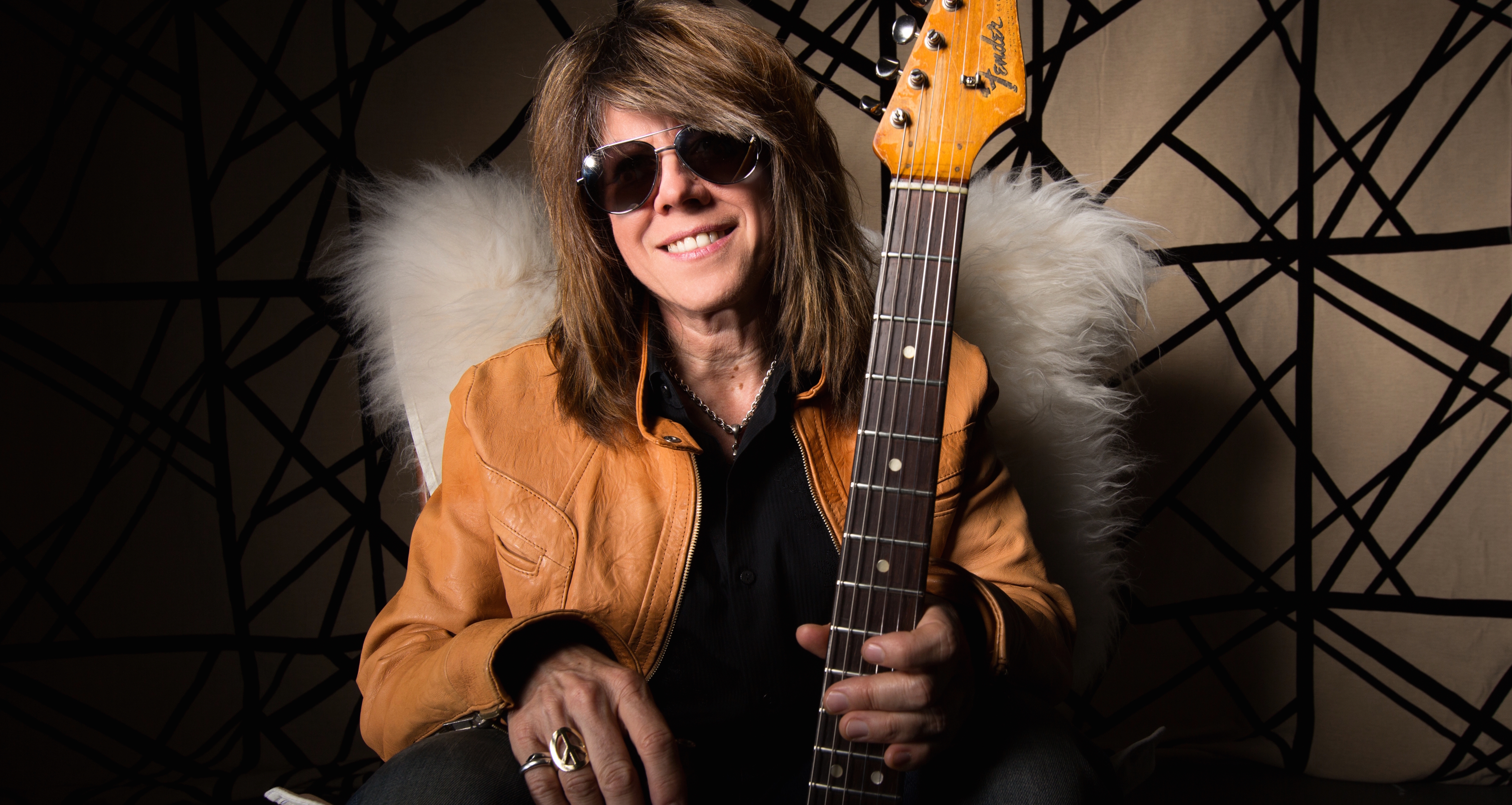 In addition to her reputation as a touring musician and recording artist, Kelly Richey has over 30 years of teaching experience. She is a dedicated guitar instructor who is passionate about inspiring students to learn. Early on, while practicing 12 to 16 hours per day, Kelly began teaching in her hometown, giving one-on-one guitar lessons to students of all ages. As she began to tour, Richey took her teaching with her on the road, giving instruction workshops at schools, universities, and local communities and developing her own guitar instruction manual. With advances in modern technology, she has continued to expand, giving one-on-one lessons via Skype and launching her own online guitar classroom with over 150 instructional videos built on the rock-solid method she has perfected over three decades.

In 2014, Kelly Richey joined the TrueFire family, one of the oldest and most respected online guitar instruction platforms. Based on her teaching experience and an encyclopedic knowledge of blues guitar techniques and styles, TrueFire.com produced two videos instruction series, “Blues Grit” and “Focus On: Blues Rock Power Trio.” Kelly also hosts her own virtual classroom on their site, which allows students to learn at their own pace and on their own schedule.  The TrueFire platform, offers a customized lesson, private video messaging, a social learning environment, and access to the entire TrueFire library with over 35,000 guitar instruction videos.  You can subscribe to Kelly Richey’s Cutting Edge Channel starting at $5 per month, which gives you access to over 250 of her instructional videos, tab and rhythm tracks.  In addition to these materials, you can purchase individual DO exchange lessons for $39 or subscribe for monthly lessons for $99. Kelly’s TrueFire channel also serves to support her one-on-one guitar students who work with her in person, and via video Skype.

A warm, outgoing and dynamic guitar instructor with a unique and carefully crafted teaching style all her own, Kelly Richey is committed to building a connection with all her students no matter what their skill level or background may be. Kelly delivers expert instruction tailored to meet the needs of her individual students so that they can achieve their full potential.

In 2003, Kelly became an Artist on Tour for the Cincinnati Arts Association, delivering her “History of the Blues” assembly program to students grades seven through 12. In 2005, Kelly began to see drastic cuts in arts in education funding, which impacted all artist working in the schools. Inspired to do something, in 2006, Kelly established Music for Change, a nonprofit organization committed to keeping music and the arts alive in the public-school systems. As Kelly continued her work through the Cincinnati Arts Association, she also began delivering guitar instruction workshops, her blues history program, with live performances, and writing workshops in schools, universities, and community centers, when she traveled.

As a student who had struggled in school because of dyslexia, Richey knew first-hand about the power of music and the positive impact it had had on her ability to learn and excel.  Today, Kelly continues her work through the Cincinnati Arts Association’s Healing Arts Program, playing acoustic guitar for hospice patients, and delivering writing workshops and self-care programs to healthcare facilities in the greater Cincinnati area. As part of Music for Change, volunteers her services through the Guitars 4 Vets program, that offers U.S. armed services veterans, free guitar lessons and giving these vets access to all her online guitar-instruction resources.