Top 10 Favorite Guitar Players – and why!

Here’s a list of my top 10 favorite guitarists. Each one of these guitar players has had a unique impact on my playing style. My first, and most influential guitar teacher, Eddie Beckley, told me that– “if I wanted to learn how to play guitar, I would discover Roy Buchannan and Freddie King.” He was right!  This list of guitar players is where my story began. 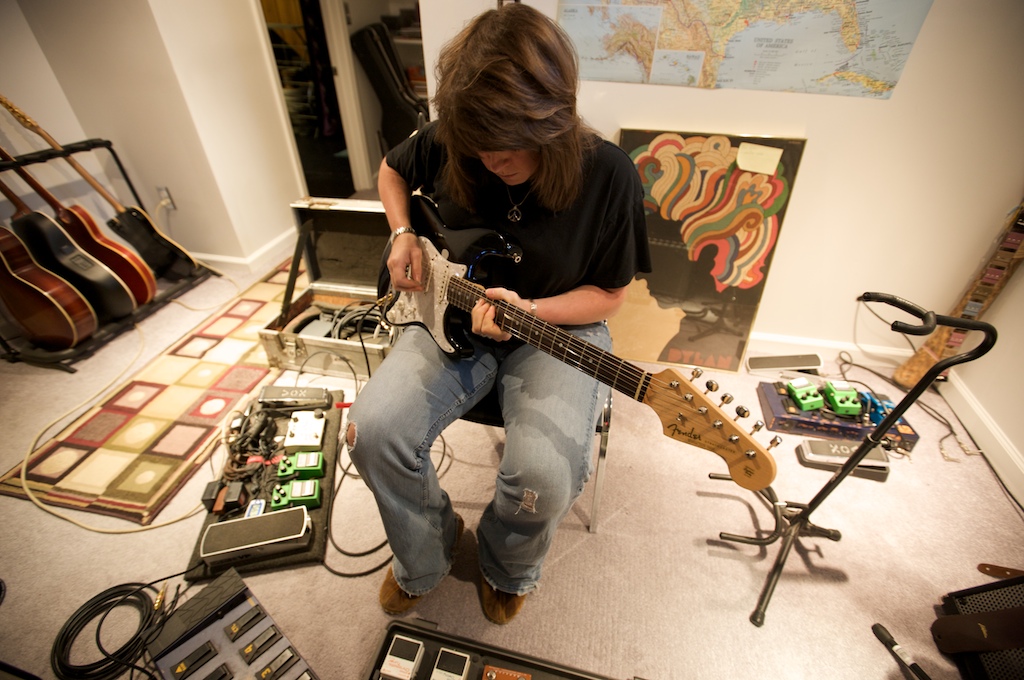 My electric guitar journey started with Heart. The first real rock concert I ever went to, the Osmond Brothers and Bo Donaldson in the Heywoods don’t exactly count, was Heart. I saw them at the Louisville State Fair in 1976, wow. I couldn’t talk for a week after that; I had screamed so loud. I remember seeing Roger Fisher Electric guitar and Nancy Wilson on acoustic. Something happened to me that night, I didn’t know what it was, but a seed was planted in me, and it never stopped growing. Barracuda and Crazy on You played ruled the airwaves. I loved Roger Fisher, and each of the band’s first five records is my favorites. I remember being devastated when the original band broke up!  They were magic, but sometimes magic isn’t enough.

Nancy Wilson said the bar for females. She had class, she had chops, and Heart was a force to be reckoned with. I remember getting backstage and meeting Nancy in 1980.  When I shook her hand, it looked so small and fragile. I remember saying to her, “wow, you play guitar like that with those hands?” Before she could respond, two doors flew open, Ann Wilson stormed through the room!  She was yelling something, got into her limousine, and they screeched out of the rear exit of Rupp Arena in Lexington, KY. Nancy looked at me, giggled, and said, “that’s my sister.”

I remember lying on my bed on a Saturday night and hearing WKQQ play Van Halen 1 for their midnight new release. Within a few months, I would have my first guitar. I had no idea who Eddie Van Halen was. Little did I know, they would have a significant influence on my musical roots as a guitarist. Distortion, reverb panned hard right in the headphones, flanger, and a Marshal amp– I was on a mission. Eddie will live forever as one of my all-time favorite guitar players!

One of the first songs my guitar teacher gave me was, “Hey Joe.” I had never heard the song before and had no idea who Jimi Hendrix. I was 15, and told a friend of mine in high school, what song I had been given, and she said, “Wow, Jimi Hendrix!” When I explained to her that I had no idea who Jimi Hendrix was. She immediately took me to her house that afternoon and put on the first Hendrix record I ever heard– “Are You Experienced,” and the first was, “And the Gods Made Love.” WOW, I was forever hooked!

Next up! The first time I heard a Zeppelin song was in listening to some band rehearse, in somebody’s basement. They played “Heartbreaker” by Led Zeppelin. I’ll never forget hearing this song for the first time. The power it delivered to my entire body, and my soul, this was a real game-changer.

The next song that my teacher gave me was “Stairway to Heaven.” The closest I got to Led Zeppelin was “The Song Remains the Same” movie that came to the Kentucky theater a few weekends each year. I remember taking my guitar and sitting on the front row of the theater so that I could see Jimmy Page’s fingers on the big screen. They were 10 feet long, and from that point forward, my dreams were carved in stone.

For a guitar player growing up in the late ’70s, Pink Floyd’s records, Wish You Were Here, and Darkside of the Moon was a journey. I didn’t know what to make of their music at first. Their lyrics made me think, and their music made me feel emotions from a different place than other bands. My favorite record by David Gilmour was a solo record with “There’s No Way Out of Here” on it. He’s an excellent live performance of this song. This song became an anthem for my soul.

My guitar teacher was right when he told me that if I wanted to learn how to play the guitar, I would discover Roy Buchannan and Freddie King. I learned pinch harmonics, the importance of dynamics, and how to emote, making every note count! My favorite record by Roy is, “You’re Not Alone.” Check out this fantastic version of Roy performing Hey Joe, on Austin City Limits, in 1977.

Freddie King was a bad boy on the guitar. I got to play with Albert King, and it changed the trajectory of my career. I loved Albert King and B.B. King, but I love Freddy King– he’s my favorite of the three. He had groove! My favorite record of his is titled “Cannonball.” I’m a drummer “wannabe” and always loved playing drums to this record as well. Freddie’s version of Hideaway, has every traditional blues lick you’ll ever need to know!  It’s a great song to learn if you want to play the blues!

Stevie proved that the blues and rock and roll were still alive! Stevie offered everything you needed and set the bar as high as it gets. His influence gave birth to the way I approach the guitar with my right hand. When I first met the late and great Lonnie Mack, he said that I was “SRV trapped in a woman’s body.” Shortly after that, a reporter added, “with Janis Joplin screaming to get out.” I’m honored to be graced by such a comment, and I do my best to keep their music alive!

I need one more slot! Someone gave me an 8-track player when I got my first truck.  The player had a Cream Live tape with a pack of matches to make it play right. I listened to that recording for almost 100,000 miles!  Eric Clapton would resurface for me when I started the Kelly Richey Band. Clapton’s 24-Nights CD is one of my favorites! It brought things full circle for me and helped me launch my first power trio!