A new journey begins… My first experience of hearing a handpan was the night of my birthday, November 30. I went to see Matt Venuti perform in Cincinnati, and not only was he amazing, but he also was extremely kind, and allowed me to experience playing his instruments after his show. I was mesmerized by the beauty of the sound made by his Hang by PanArt– Hang means’ hand’ in Swiss-German. The Hang is no longer made and what you see today or called handpans. Matt and I exchanged several emails over the next few days, and he helped me to understand the importance of finding a quality instrument. I inquired with several well-respected companies, but each had a wait of at least two months. 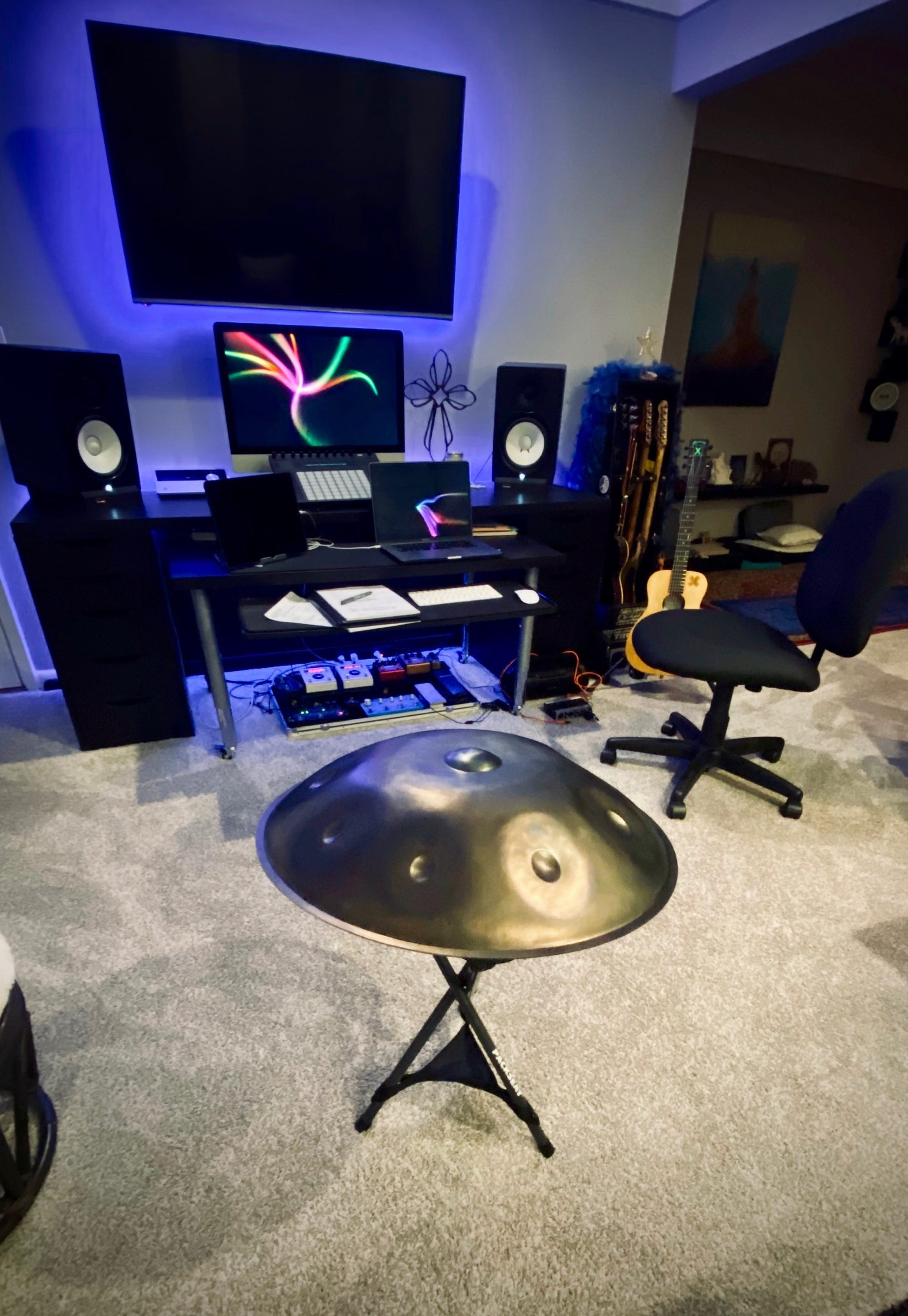 I was feeling somewhat discouraged and entirely lost in search of a handmade instrument I knew little about. Then, to my surprise, my phone rang; it was TerraTonz founder, Christopher Ryan. He wanted to know what I was looking for, and why! I told him my story and asked him to educate me. After much discussion, he suggested what he thought would be the perfect instrument for me to begin my journey. Three days later, it arrived! It’s a handmade TerraPan, by TerraTonz! OMG– It’s beautiful, and it sounds fantastic!

For those of you not familiar with this instrument, TerraTōnz is a small company that makes handpan instruments called TerraPan. Each TerraPan is hand-hammered through a labor-intensive process to be built, fully nitrided and tuned. Please take a minute and visit their website: Click Here

Experience the Handpan in Action

If you’d like to see this instrument in action, I’m including two videos below– one is by Sam Maher, and the other is by Matt Venuti. The hand pan being played by Sam is a TerraPan and this instrument was picked up from Christopher three days before this video was shot. If you’ll notice the video has had 4,525,694 views. The instrument he’s playing is a TerraTonz Handpan Scale: C, Aeolian. – Notes: (C#)-G#-A-B-C#-D#-E-F#-G#. The second video is of Matt Venuti and The Rhythm of Life, performing in what was once Studio A of the legendary Record Plant, now a venue called Harmonia. 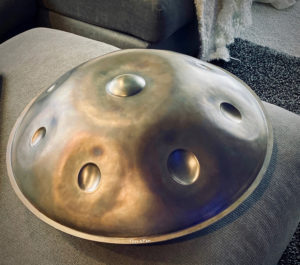 I’m inspired, and I’m hooked– I can’t set it down! I grew up playing the piano, and then switch to drums before getting my first guitar. It feels good to have a melodic and percussive instruments in my hands! I think Jimi would approve…

I’ll keep you posted and hope to make a video before too long that I can share.